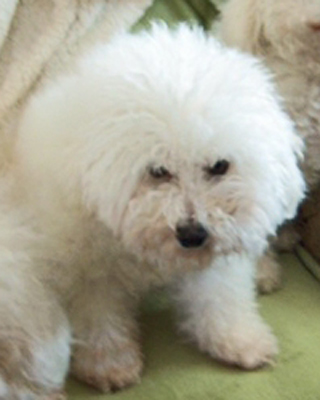 Hollyhock Phoebe — Passing away in late 2015 at almost 17 years old, Phoebe was bred to be a show dog but she wasn’t having any of that. She had a shy quiet personality and being in the spotlight was not her cup of tea. So acquiescing to her demands, Phoebe became a wonderful home girl and companion. She ended up a little blind and a little hard of hearing, but was still a shy loving little girl who loved sleeping on the warm concrete in the bright sun on the patio. Rest in peace dear Phoebe.